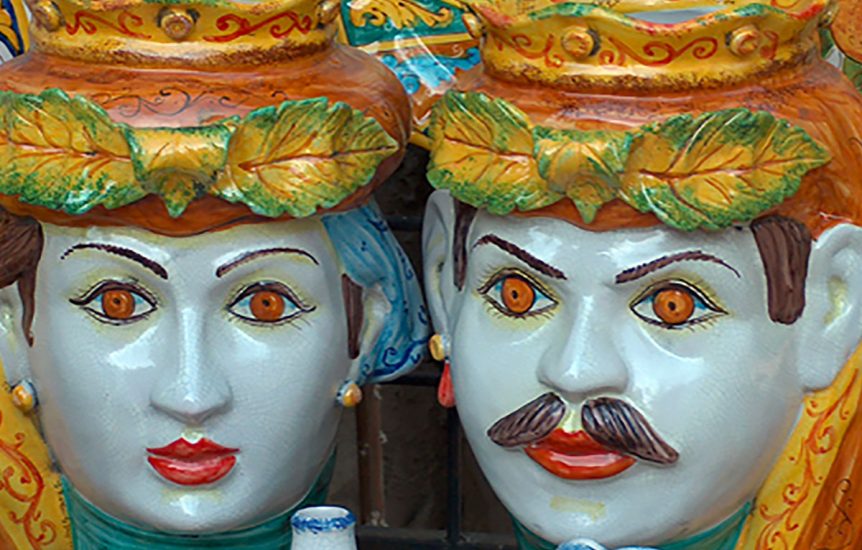 By ccgorman On 8th January 2018 In Culture

Caltagirone is one of the most lively Baroque towns in central Sicily. It’s known in Italy as “The city of Sicilian ceramics” due to its thousand-year-old tradition. The name itself – Caltagirone – derives from an Arabic word meaning the Castle or Fortress of the vases.

Caltagirone ceramics have been used for centuries to decorate houses, public and private parks, churches, streets and squares.
The typical colours of local pottery, sage green and yellow, are the colours of Sicily itself, of its sun and breathtaking beauty.
A visit to the Regional Museum of Ceramics is a must to appreciate the artistic value of Sicilian pottery and its evolution over the centuries.