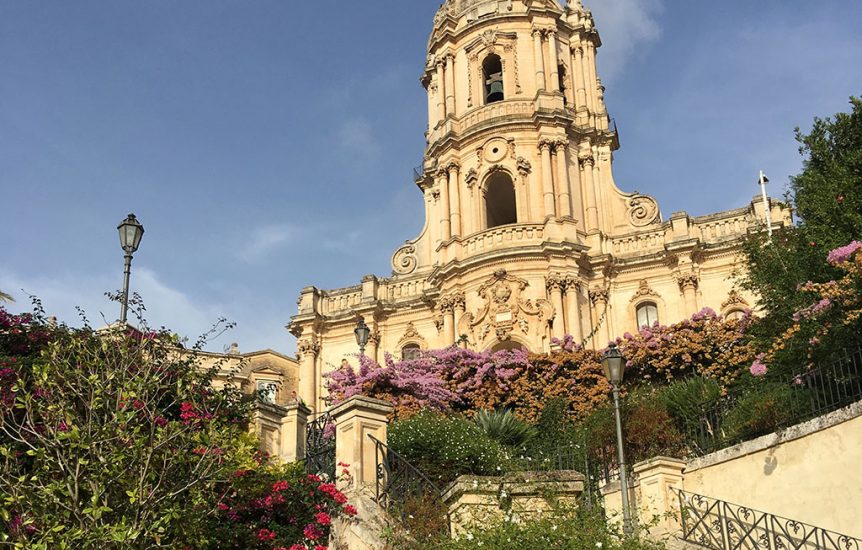 By ccgorman On 30th December 2017 In Culture

Modica has some of the most beautiful architecture in Sicily. Much of the city was rebuilt after the 1693 earthquake with imposing and conspicuous urban monuments in the Sicilian Baroque style.

It is a city of many churches. It seems each neighborhood has its own church and while we know of no map which lays them out you can not walk more then a few blocks without coming upon another remarkable church.

The large Baroque Cathedral “San Giorgio” is dedicated to St George. While the cathedral was rebuilt following the earthquake of 1693, like many other parts of the city its roots are in the Middle Ages. From the front of the Cathedral a staircase of 300 steps leads down towards Modica Bassa.

While many churches were totally destroyed by the earthquake in 1693 a few remain or partially remain. Two of note are:

The Church of Saint Mary of Bethlehem. Built in the 15th century the interior has three naves, with a wooden coffered ceiling. Among the curios note in particular the crib by Benedetto Papale (1836-1913), author of the terracotta figurines dressed in local costumes of the period. The right aisle has a rare example of the earlier building that survived the earthquake of 1693, the “Cappella del Sacramento”, dating from the 16th century and with a late-Gothic portal with Arab, Norman and Catalan elements.

On the left side of the church is the so-called “Lunetta del Berlon”, thought to date from the 16th century and with a bas-relief by unknown local artists depicting the “Nativity.”

You can also visit the “Chiesa del Carmine”, built in the Gothic-Sicilian style around the middle of the 13th century. This church was only partly destroyed by the earthquake of 1693. Of the original building the lower part of the façade remains, with the portal and the rose window, while the upper part is a Baroque reconstruction.

There are many more…. 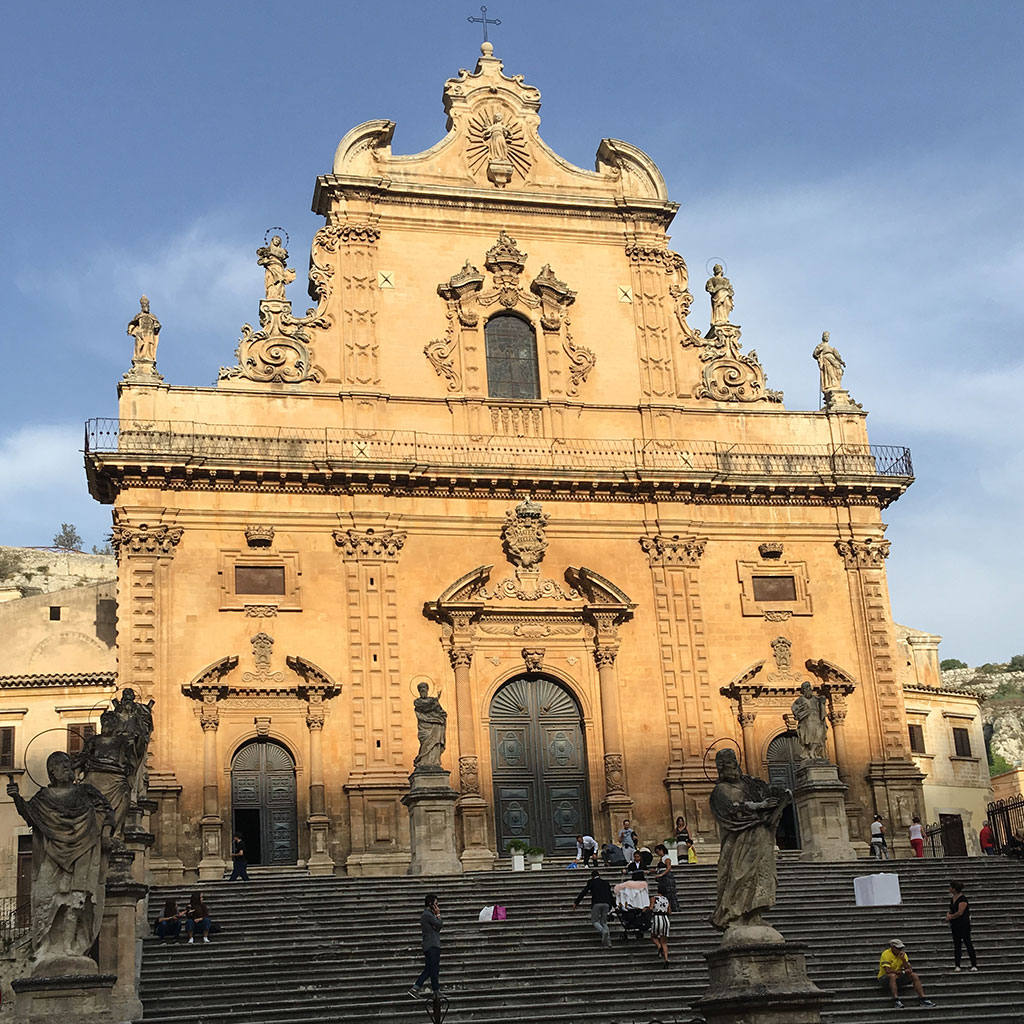 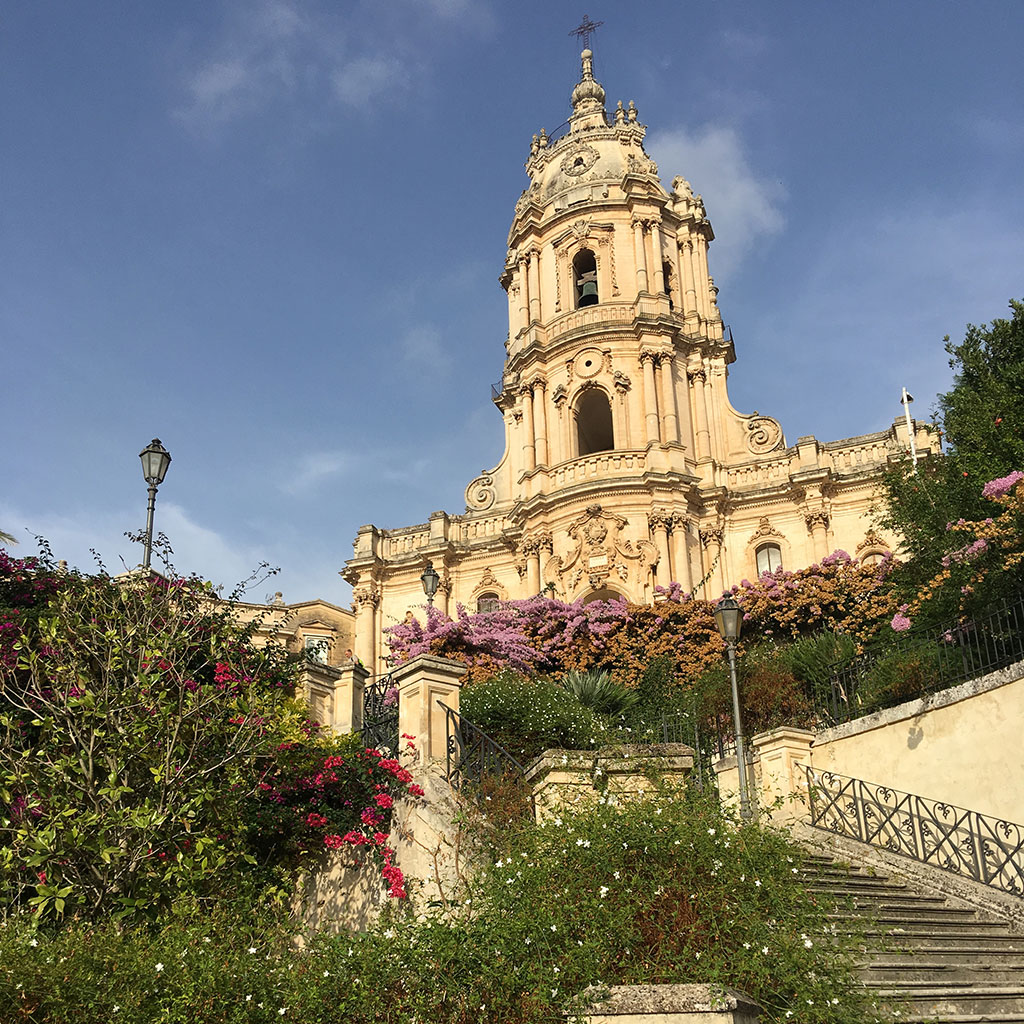 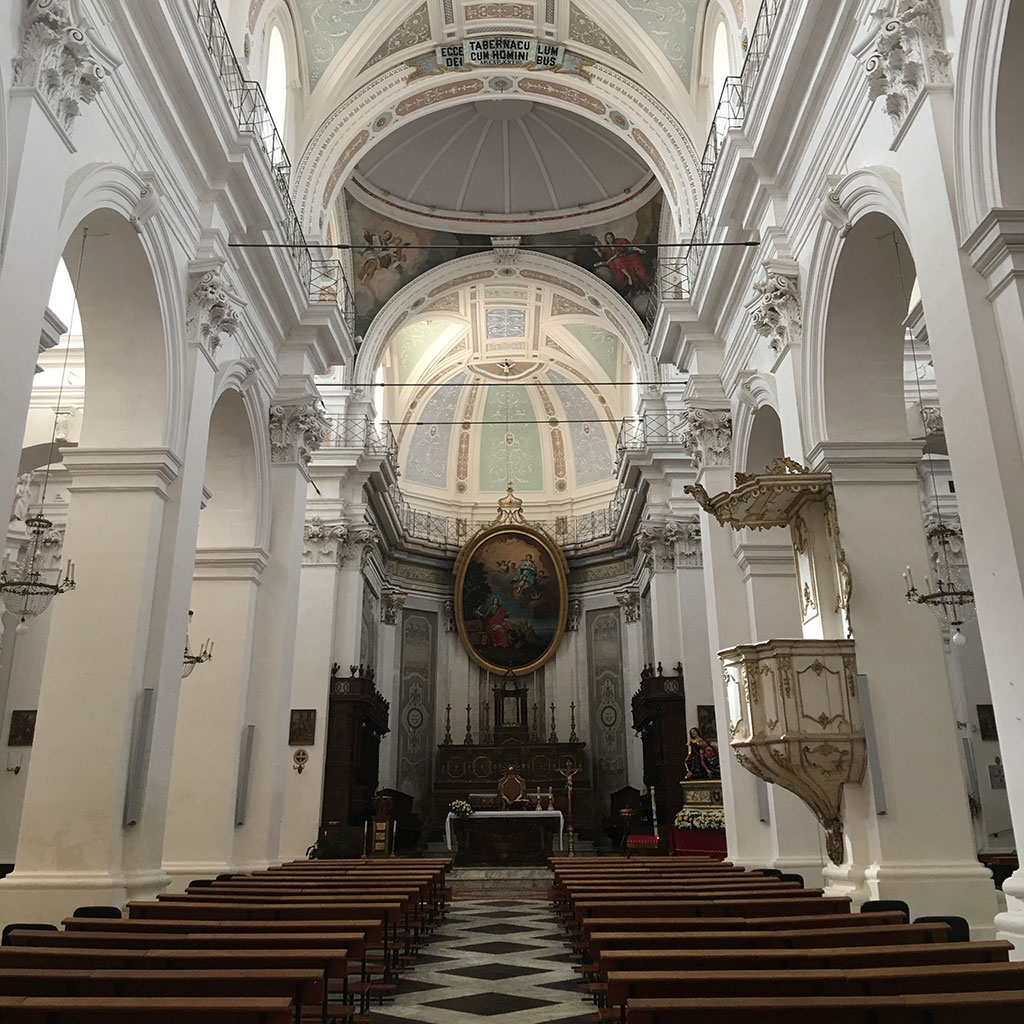 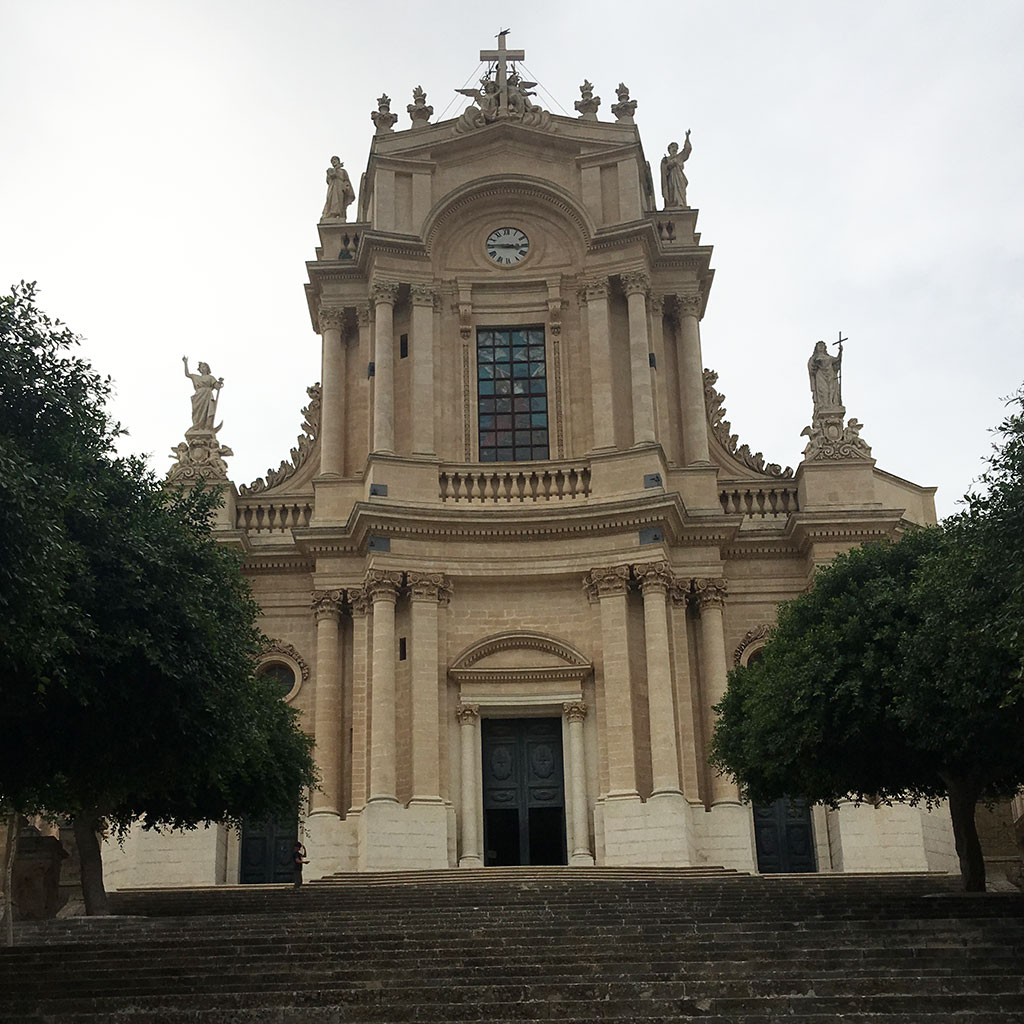 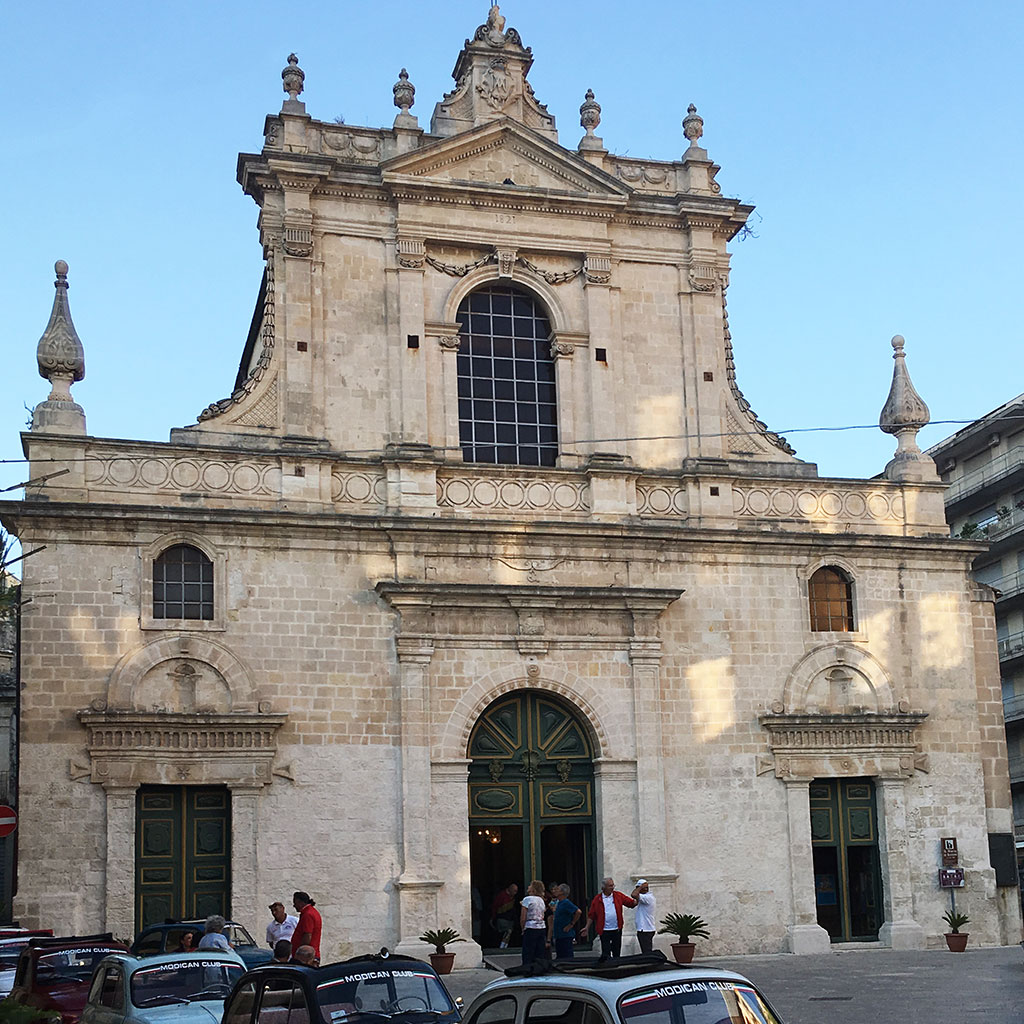 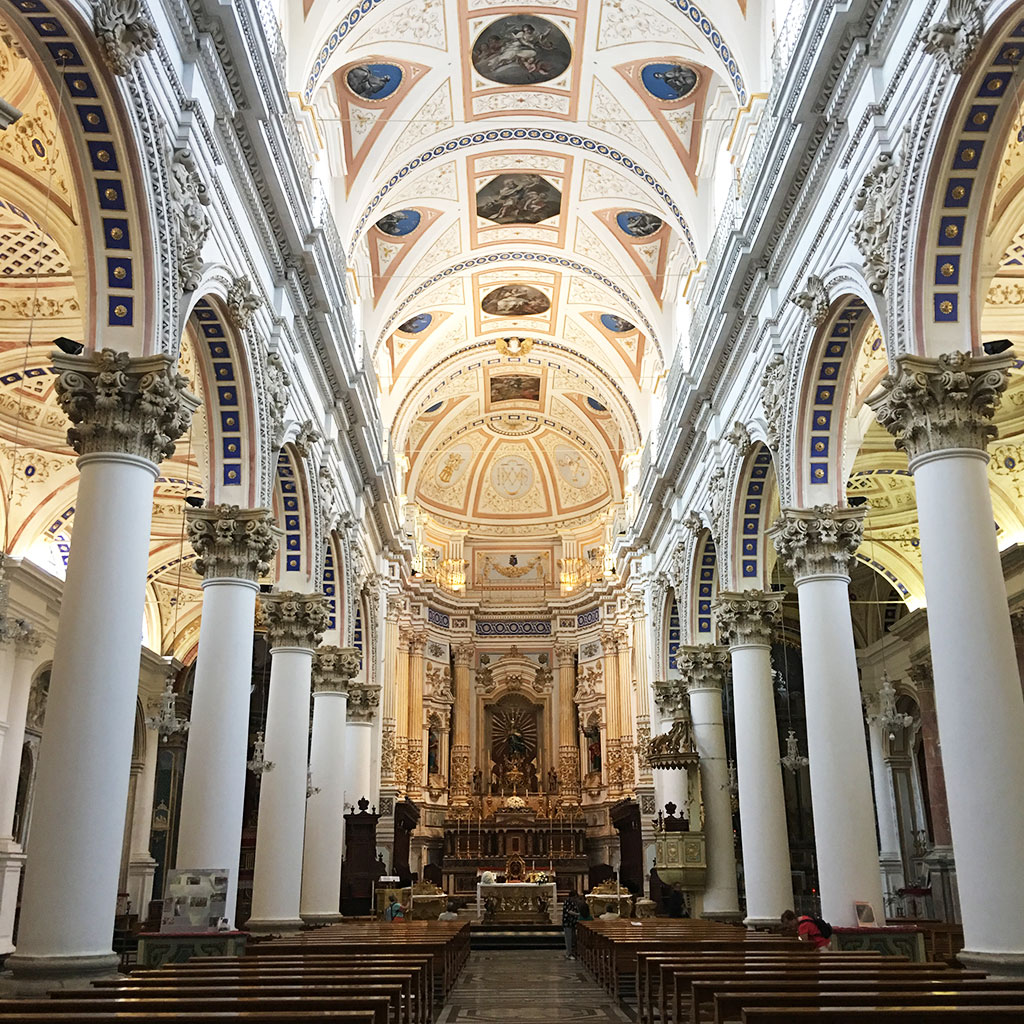 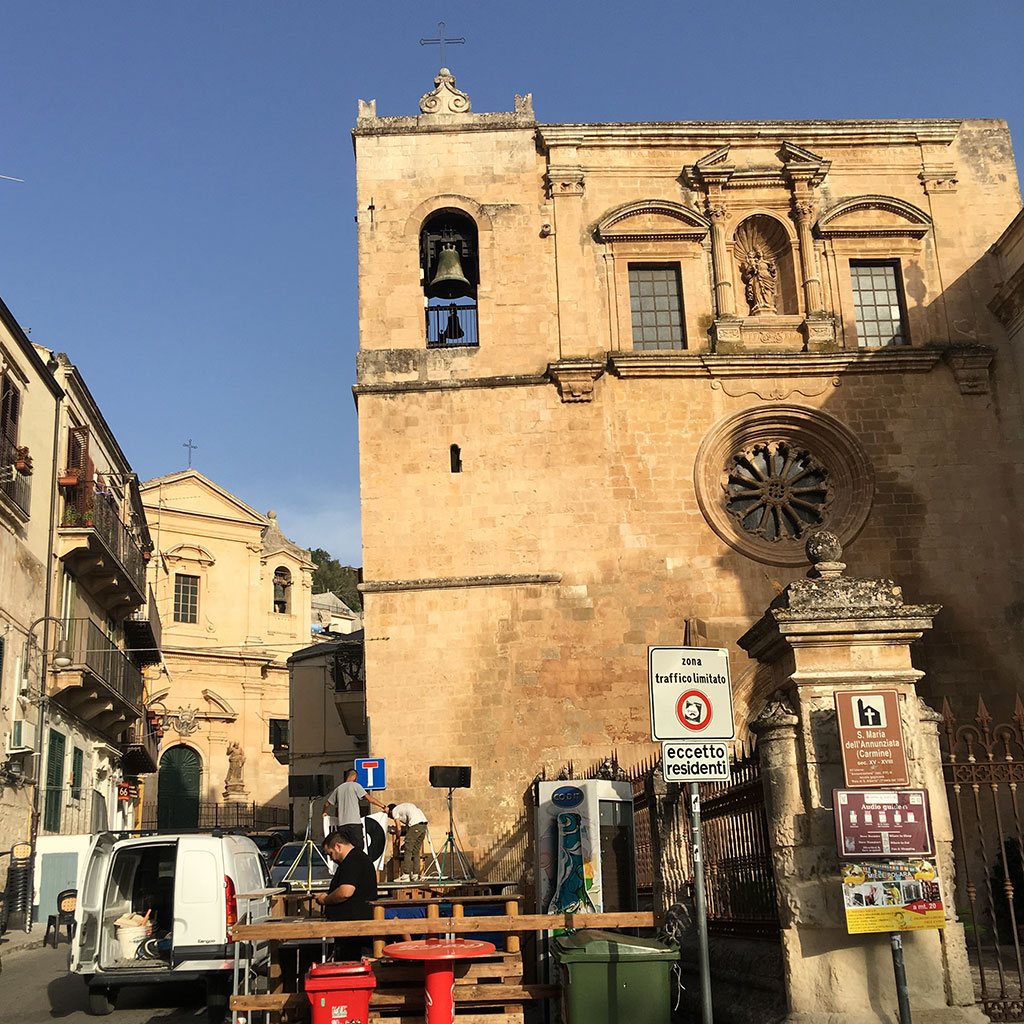